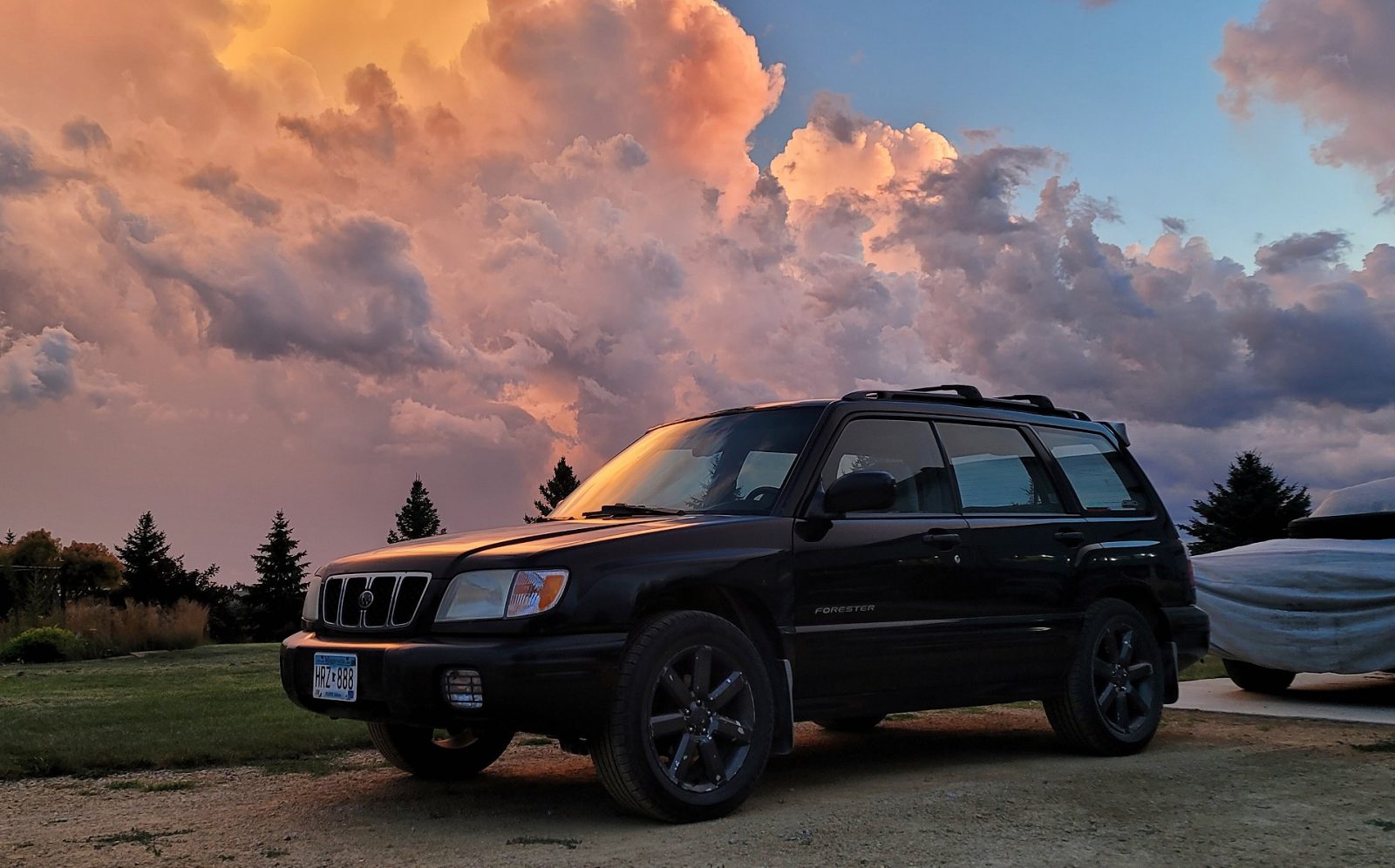 Some time ago, I was told that the design life span on a Subaru powertrain was 500,000 miles, and that’s what Subaru advertised in Japan.
Are you going to see that in the State of Minnesota? Heck no.
However, we have a vehicle that is trying to come close.
I purchased this 2002 Forester with 271,000 miles a decade or so ago, intending to use it to haul stuff as my other vehicle at the time was a WRX. The original owner lived north of the cities and drove down to St Paul for work. The first time I drove it was a little scary. It would run on anywhere between 1-4 cylinders at any given time, usually with 1 when you need all 4. One $150 sensor later and we were good to go. I was now curious as to how long this car would actually go. The problem in Minnesota is rust. No matter what you do, with the amount of salt dumped on our roads in any given winter, it will eventually be the cancer that kills the car. That was what was happening here. Though the Forester had received the proper amounts of mechanical TLC over the years, it was getting increasingly difficult to do work on the car due to the spreading cancer. Things like the windshield developed a crack along the bottom due to a rock impact. I was told to not replace the windshield as we would never be able to properly seal a new windshield due to the rust. The final straw was when a tech went to open the rear hatch and the latch mechanism came off in his hand. At that point, we had to use a bungee cord to secure the rear hatch. With the latch broken, the dome light would frequently stay on, draining the battery. After repeatedly jump-starting the car due to a dead battery, the decision was made to put the old girl down.
I gave the vehicle to one of my crew members who happens to run a small business parting out old Subaru’s. I expected the car to be torn down and parted out. Such a shame, as it still ran like a champ. It turned out that my crew member shared my curiousity of how long the vehicle would go. Rather than letting her die, he found and installed a new rear hatch. The rust around the windshield was ground out and, after copious amounts of sealer applied, it did not leak. He replaced a few front suspension parts and she is still rolling down the freeway.

The Forester now also sports a spoiler and a new set of wheels. If you look at the image, she looks good … as long as you don’t look too closely!
This Forester lives on..

Born from the Subaru and Toyota Collaboration, the Subaru BRZ and the Toyota GR 86 began modestly in the first… Read More →

The sensational new Subaru BRZ fielded by Olly Clark, son of rally legend Roger, did not make it into the… Read More →