The all-new Subaru Forester knows who you are. As the first mainstream model to employ facial recognition technology, the Forester cannot only detect driver fatigue but can distinguish between drivers and automatically adjust the seat and mirrors. And this device won’t break the bank. Other models like the Lexus LC that offer this device start at over $70,000 whereas the Forester has priced it at under $40,000. Recently revealed at the New York International Auto… Read More →

Self-Driving Cars: Driving Into the Future

Scott’s Comments: How far away are self driving cars? Good question. This article by Consumer Reports gives a pretty comprehensive overview of where we are at and the challenges that still exist. For example.. “Researchers scan for weird incidents among the millions of test-car miles. This has yielded oddities, such as the Google car that stopped cold while a woman in an electric wheelchair did circles in the road ahead. She was chasing a duck… Read More →

Mark Higgins is on high alert. Any minute now, the British Rally Championship driver will be sent out to attempt a world record lap time around the Snaefell Mountain Course, the 37.73-mile ring of closed-off public roads that turns the Isle of Man into the world’s longest racing circuit every spring. Read More →

The yen’s decline in recent years has been a big boon for Japanese exporters, especially Fuji Heavy Industries , best known as the maker of Subaru cars. Subaru’s plucky line of four-wheel drive cars has been racking up impressive sales numbers against bigger, more formidable competitors. A weaker yen allows Fuji and other Japanese exporters to cut prices because costs are denominated in relatively cheap yen, while revenue is realized in U.S. dollars and other strong currencies. Read More →

We have reached a new phase in automotive safety. For several decades, safety features have centered on reducing the chance of serious injury or death in a crash. Things like airbags, anti-lock brakes, and crumple zones assume collisions are inevitable. Now we’re on the cusp of dramatically reducing that probability. Subaru has added this amazing technology called EyeSight to its cars. Read More → 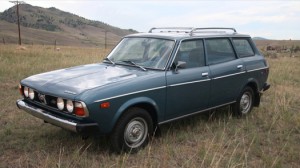 Scott’s Comment: We’ve come a long way.. I owned a 79 DL station wagon (same body style as this)  for about a year and a half that I eventually sold to a buddy for $300.00. Truly rusty but trusty at that point, the driver’s foot well filled with water every time it was wet due to a hole in the front wheel well. But it went through everything I could throw at it and then… Read More →

Comment: The current BRZ is superlative..are there words to describe the car at 280 HP? I just wonder what the price point for this variant would be. Despite consistently denying that such an official project is in the works, a turbocharged version of Subaru’s BRZ sportscar will likely be ready for production by the 2014 model year. According to reports, not only is the project in its advanced development stages, but it was done entirely… Read More →

2013 Subaru BRZ Limiated: Believe (most of) the hype 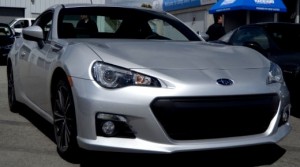 Comment: After having a chance to be up close and personal with the BRZ for a little while now, I think this article pretty much sums it up..the car is a hoot. I get to go to the BRZ ride and drive at the end of March to have the factory guys officially tell me this, but I think it is something we already know. Take a moment and mentally process all of the hype… Read More →