Rallying Back To Ojibwe After Rolling Over – And Over – In Oregon 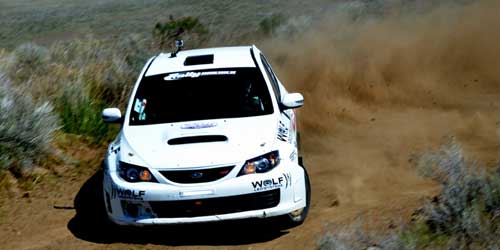 When Rally America returns to the pine-filled forests of northern Minnesota for the Ojibwe Forests Rally, it’s pretty safe to say no one will be happier than Lauchlin O’Sullivan, driver of the Lucas Oil, Wolf LED-sponsored Super Production Subaru WRX STi, and his co-driver and team owner, Scott Putnam.

For Putnam, it’s a chance to compete on the national stage in his home state once again. And for both guys, it will be the culmination of a huge effort to rally back to the series with a rebuilt car after a rollover at the Oregon Trail Rally.

That story is an interesting one, and worth telling here.

What’s the Difference Between the Subaru Forester and Subaru Outback?

he Forester and Outback are Subaru’s best-selling models, and each has a lot to offer prospective buyers looking for a… Read More →

For me this will always be the car. Not the two-door World Rally Car rules Impreza that Colin drove in… Read More →

If you are someone who admires the late 1990s World Rally scene, you probably know of Subaru’s success with the… Read More →