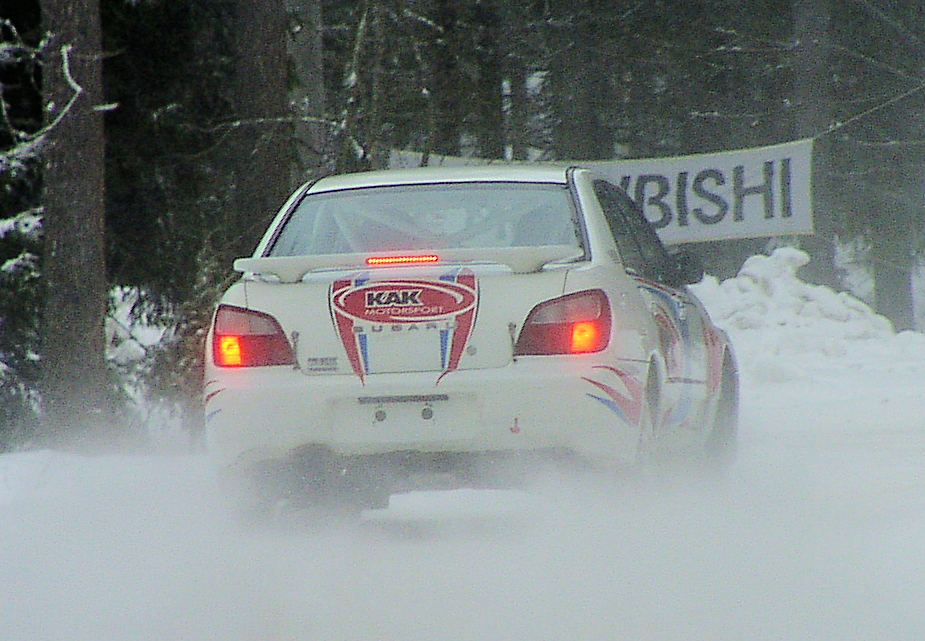 We are in the winter rally season and have two rallies coming up. Here in the United States, it’s Snodrift based in Atlanta…Michigan. For the WRC, it’s Rally Sweden. Both are classic winter events, but there’s one difference between the two. In the US, we must use off-the-shelf snow tires. The WRC event will use a true rally snow/ice tire with studs. 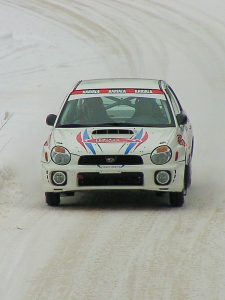 The skinny tires are oh so much fun!

The difference between the two tires is immense. Lately, we generally have been running on Blizzak’s or Yokohama AO34’s which are the width of a regular tire. A proper rally studded snow/ice tire is a very narrow tire with long studs that look spindly and a little strange and on a rally car.
Long ago, I read an article where the drivers were asked, “What is your favorite rally?” The majority of the responses were Rally Sweden. I couldn’t figure why, initially, because I would equate it to running Snodrift over here. I then had a chance to drive on a studded Pirelli snow/ice tire and the epiphany happened. 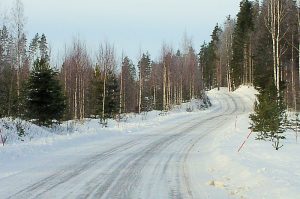 Doug Havir and I were over in Finland at the Jakke Honkanen Rally School. At that time there was not an advanced school here in the states, so we traveled to Finland. We flew halfway across the planet and ended up outside of Helsinki. Looking around, it dawned on us, “Hey! This is just like northern Minnesota with different road signs.” I guess that explains why there’s a large Finnish population in northern Minnesota.

Halfway through the training, Jakke deemed our progress to be sufficient and we took a break to have some fun. Instruction on pacenotes took place on local country roads and driving instruction was at a motorsports park with 2- and 5-kilometer loops that were watered daily to maintain the icy surface. Jakke arranged to rent an old European Ford Escort (rear-wheel drive) with ice tires and we went around the shorter loop. What a hoot! Driving with the studded tires on ice, traction is very consistent and somewhat like driving on wet gravel. You could just chuck it into the corner, stand on the gas and it would drift around pretty as you please in a wonderful arc. Voila! The minor variances in the composition of the ice were easily adjusted to with quick flicks of the steering wheel. Did I mention this is great fun?

Next: SnoDrift road conditions and the ice sheet of 2015